Fifth Circuit Court upholds injunction in Texas v. United States: no DAPA for the near future 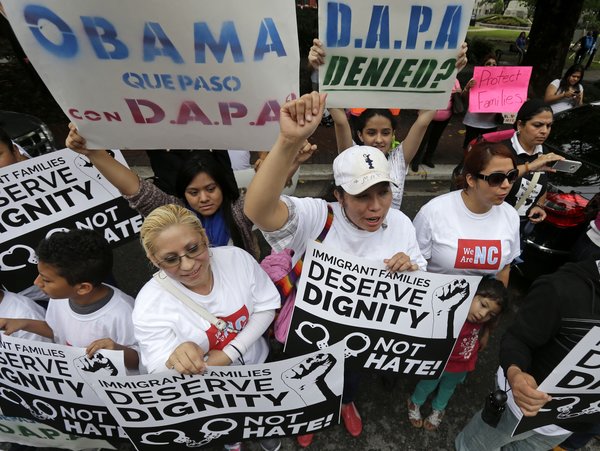 On November 9, 2015, another delay was announced to the implementation of President Obama’s proposed programs to allow certain individuals to apply for Deferred Action for Parents of Citizens and Residents (DAPA) and the expansion of the Deferred Action for Childhood Arrivals (expanded DACA).  The Fifth Circuit Court of Appeals upheld the injunction against President Obama’s program; that injunction was initially put into place by the District Court in Texas.

While there is still no final decision in the case, this ruling from the Fifth Circuit means that hopes for DAPA and expanded DACA remain on hold until further notice from the courts.

What is an injunction?

What is the next step?

Brief summary of the case so far:

If you have questions about DACA, expanded DACA or DAPA, please contact the attorneys at Minsky, McCormick and Hallagan.